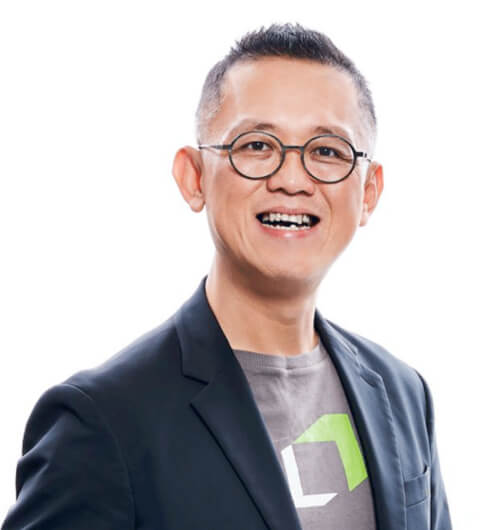 Mr. Puan Chan Cheong (better known as CC Puan) is currently the Group Managing Director and CEO of Green Packet Berhad. He drives the strategic planning and spearheads the business development while putting his great focus on building a Deliberately Growth Culture Company (‘DGCC’) in Green Packet and its group of companies

Puan whom is also the founder, established Green Packet in 2000 and led the company to become an international player in the provision of connectivity devices and solutions to telecommunications companies globally. He subsequently led the company to its Main Market listing in 2005. The Group’s biggest endeavor was to raise substantial capital to launch and operate Malaysia’s challenger telecommunications company before it was acquired by TM Berhad. Thereafter, Puan relinquished his role as Group CEO in 2014 when he became P1’s CEO after the TM acquisition for two years.

Puan is an astute entrepreneur and a visionary man with a strong success track record in advanced technology, consulting, developing and managing large-scale telecommunications, infrastructure and property projects internationally. His personal accolades include Malaysia’s coveted PIKOM Technopreneur of the Year award.

Puan holds a Bachelor of Science in Business Administration with a double major in Management Information Systems and Finance from University of Nebraska-Lincoln, USA.Led by his passion in driving life improving digital innovations,

Puan aims to propel Green Packet and its group of companies further by expanding the Group’s digital agenda to global exposure and presence in the area of solutions (devices), communications (voice minutes and data) and digital services (comprising Internet-of-Things, Financial Technology, Property Technology and Artificial Intelligence). 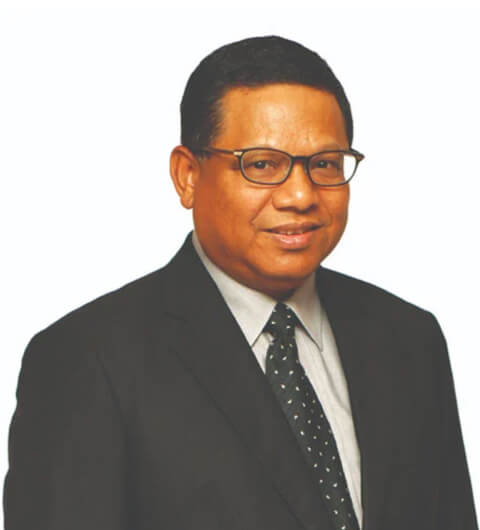 Encik A. Shukor was appointed as the Company’s independent non-executive director of the company in 2008.He has played key roles in Malaysia’s technology sector and was the Chairman of Persatuan Industry Komputer dan Multimedia (PIKOM) from 1993 to 1995. He was the former Group Managing Director and Chief Executive Officer of Theta Edge Bhd. 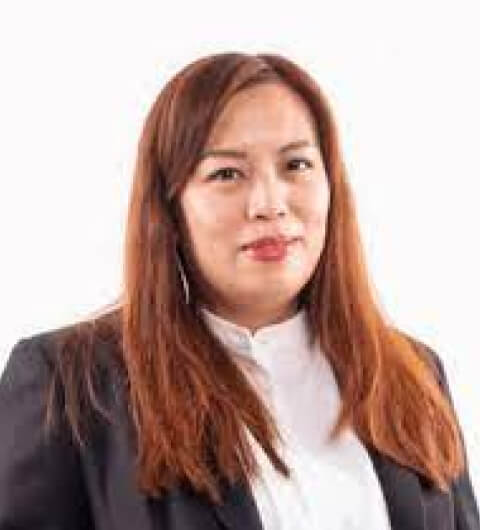 She was the Chief Financial Officer, BIG Rewards, a subsidiary of AirAsia Digital. She provided leadership in all aspects of business and strategy, including profit and loss accountability, and driving business expansion with a strong focus on digitalisation and product innovation across ASEAN.

Prior to AirAsia Digital, she was head of finance at Malayan Banking Berhad. She had established the global shared services function and led the financial functions of four units – operations, technology, customer service and enterprise transformation service. She has also worked at CIMB Bank Berhad as Head of MIS & Planning for Group Cards and Personal Financing, and PricewaterhouseCoopers Malaysia as an Auditor when she started her career.

Sereen graduated with a bachelor’s degree in accountancy from National University of Malaysia in 2002. 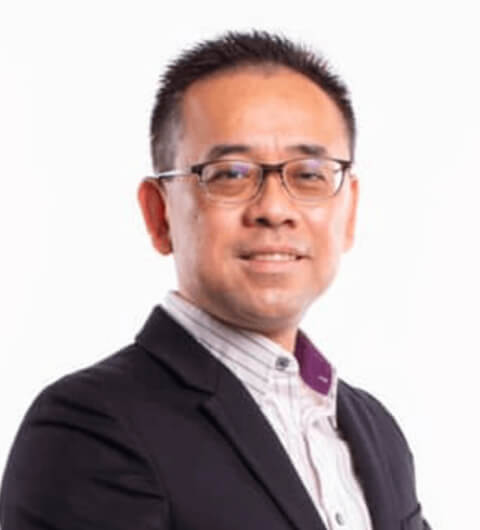 Dr. James is spearheading Green Packet’s developments in AI City, hyperscale data centre and thematic next-generation technology parks. This is in line with the Group’s smart city and urban tech growth strategy to be a leading player in Malaysia’s journey towards digital transformation.

Dr. James previously served as the CEO of public-listed and non-listed real estate companies and was also a management consultant with McKinsey & Company.Dr. James holds a Ph.D. in Materials Science & Metallurgy from the University of Cambridge, United Kingdom. A Commonwealth Scholar, he also has a First Class Honours Degree in Bachelor of Engineering from Universiti Teknologi Malaysia (UTM).

He is the author of a comprehensive book, "Malaysian Real Estate Industry – Value Creation Strategies", and was Honorary Secretary of the Malaysian REIT Managers Association.He is a registered Graduate Engineer with the Board of Engineers Malaysia and is a Certified GreenRE Manager – under REDHA – for green buildings assessment. He is passionate about developing young leaders and making a difference through innovative technologies. 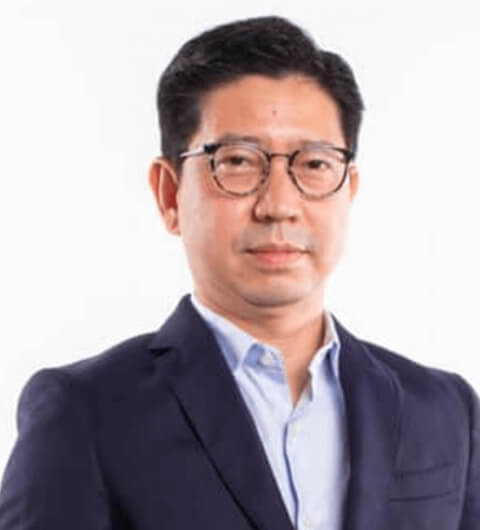 Mr. Tan Kay Yen (better known as Kay) is the Chief Executive Officer of kiplePay Sdn Bhd (appointed on 1 July 2019). He spearheads and drives the financial technology (‘fintech’) business that focuses on e-wallet and payment gateway solutions, realizing the Group’s aspiration by empowering the cashless communities and ecosystem in Malaysia.

Tan has more than 24 years of experience in sales, operations and management holding positions in the financial, IT, telecommunications and technology sector. He started his career with the Arab Malaysian Group in the financial sector. Following that, he joined the IBI group of companies, a diverse IT firm in 1996, holding a range of leadership positions.

Tan holds a Bachelor of Science degree in Business Administration with a double major in Finance and Management Information System from the University of Nebraska-Lincoln, USA. 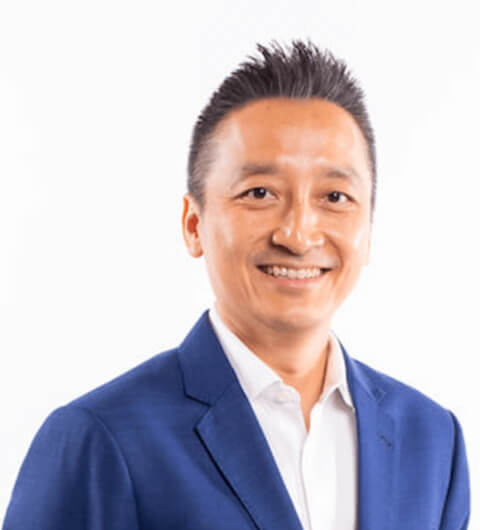 Before joining Green Packet, Andrew was an Associate Partner (Digital) at McKinsey & Company based out of the Kuala Lumpur office, where he co-led Digital Business Building for McKinsey in Asia.

Andrew joined McKinsey in 2017 when the venture builder that he co-founded and led, VLT Labs, was acquired by the firm. At VLT Labs, he helped numerous start-ups launch and scale in Southeast Asia. He also advised innovation labs or business units within larger corporations on how to build and launch new digital businesses.

For more than a decade, Andrew has worked at the intersection of innovation, technology, and entrepreneurship. He serve clients on a range of issues from strategic design, end-to-end customer experience, and agile transformation to digital business building and innovation. In addition to large companies, He serve start-up and new-venture clients across Southeast Asia, the United Kingdom, and the United States.

Andrew’s enthusiasm for innovation is reflected in the frequent and numerous investments in early-stage technology start-ups in addition to co-founding four start-ups, two of which exited and two are thriving post-series A. 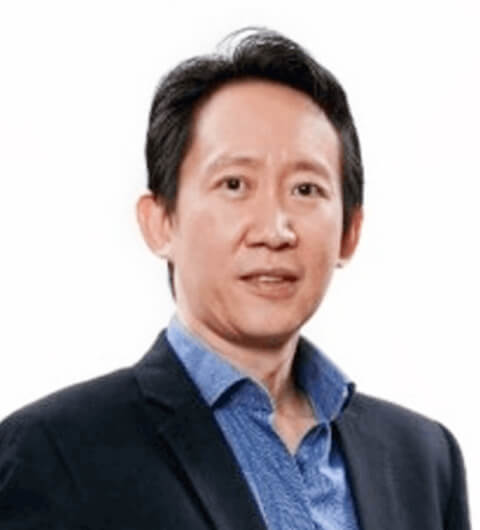 With over 23 years of retail and wholesale experience in the telecommunications industry, Tan joined Green Packet Berhad in 2007 to establish NGT Networks Pte Ltd - an international wholesale voice and data carrier. He had achieved EBITDA breakeven its first year of operations, and brought in more than RM50mil nett profit over 10 years.

Alvin has also spearheaded the rebranding of NGT Networks into Green Packet Global and has been essential to its strategic planning. He continues to advance the company’s mission and achieve its revenue, profitability, and growth targets. Today, Green Packet Global is among the largest and fastest growing neutral wholesale carrier of international voice and data traffic in Asia and the Middle East, connecting more than 250 suppliers and serving clients in more than 100 countries.

Moving forward, Tan continues to oversee the company’s operations and helms its journey to becoming a one-stop solutions provider for the telecommunications industry in Asia and beyond.

Tan holds a Bachelor’s degree in Electrical and Electronic engineering, majoring in data & telecommunications from the University of Hertfordshire, UK. 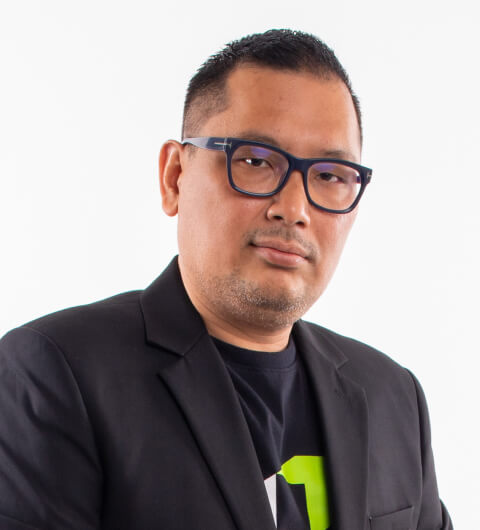 Ricky Lew is the acting CEO of KiplePay, a fast-growing financial technology solutions provider under Green Packet Berhad. Currently, he oversees and develops growth opportunities within and between organizations, both public and private sectors, under the Kiple brand particularly KiplePay, KipleBiz and KipleUNI. Lew’s experience in the mobile & e-commerce technology space comes with strong fundamentals ranging from strategic partnerships, execution, to eMoney and fintech solutions.

Lew has over 19 years of experience in the digital space, specializing in advertising, social & mobile commerce, virtual currency, and digital wallets with the likes of Samsung Electronics and Huawei Mobile covering both enterprise and consumer segments in the Asia Pacific region.